Several scientific experiments have been carried out in Pyhäsalmi Mine since 2001. The results of these experiments hold a great significance for the future experiments. EMMA (Experiment with a MultiMuon Array) is the first large scale (165m2) experiment conducted in the mine.

EMMA-experiment (Experiment with a MultiMuon Array) studies the composition of cosmic ray particles at the depth of 75 m (corresponding to 240 metres water equivalent m.w.e.). The cosmic ray is a historical name for radiation coming from the space (cosmos). In this case cosmic rays are nuclei of common elements. The experiment is conducted in cooperation between Universities of Oulu (Finland), Jyväskylä (Finland) and Århus (Danemark), and Institutes of Russian Academy of Sciences in St. Petersburg and Moscow.

The array is capable of measuring the multiplicity and the lateral distribution of underground muons, and arrival direction of the air shower with an accuracy better than 1 degree. The array consists of eleven detector stations of an area of 15 square meters each. Three of the stations (C, F, G) are so called tracking stations with three layers of position sensitive drift chambers. In the rest of the stations there are one layer of similar drift chambers. In addition, the tracking stations will also be filled with small-size plastic scintillation detectors.

The drift chambers are from the DELPHI experiment of the predecessor of LHC at CERN. The scintillation detectors are designed especially for the EMMA experiment to improve the multiplicity measurement. They are manufactured by RAS/INR, Moscow. 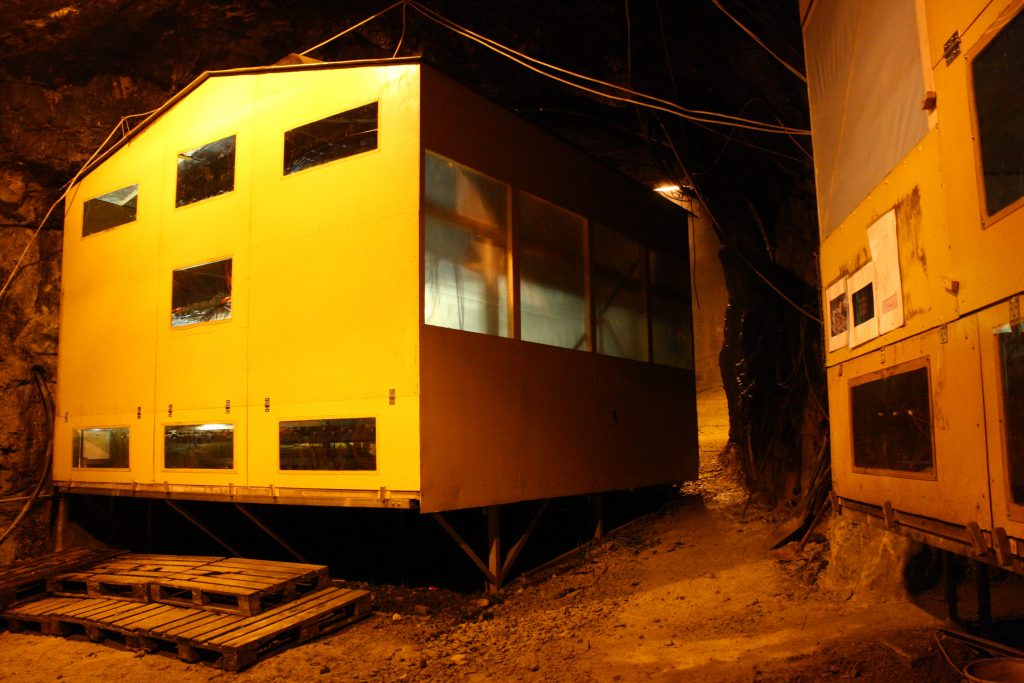 Detector station G of the EMMA array at the depth of 75 meters. 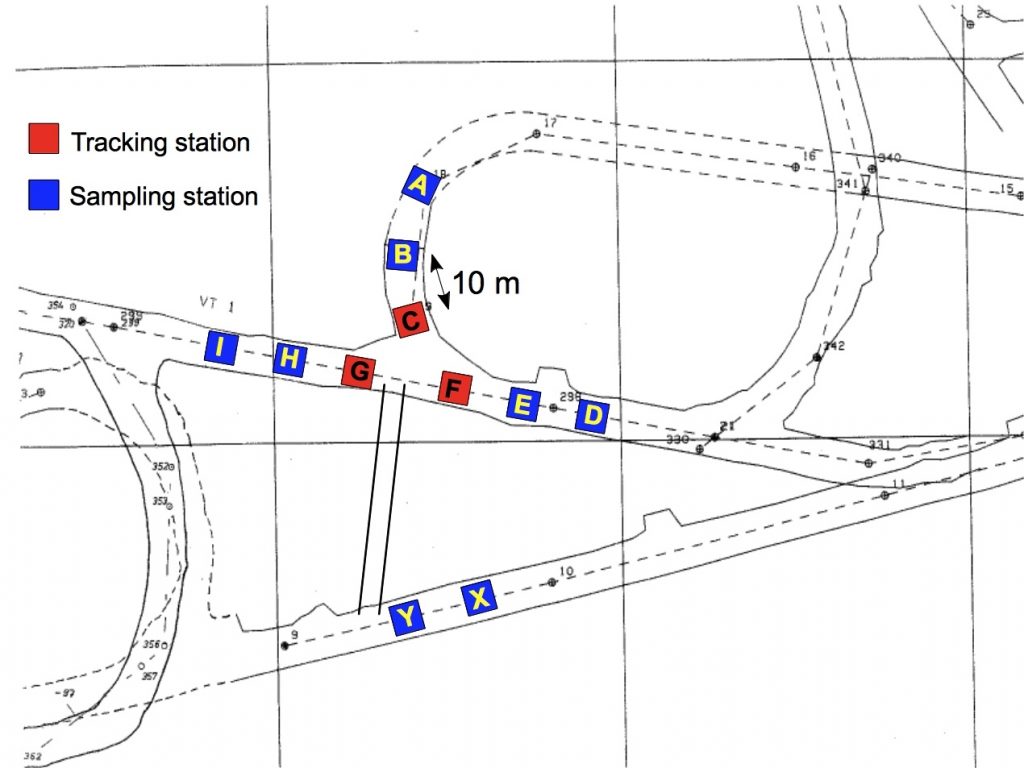 The layout of the EMMA array with 11 detector stations.